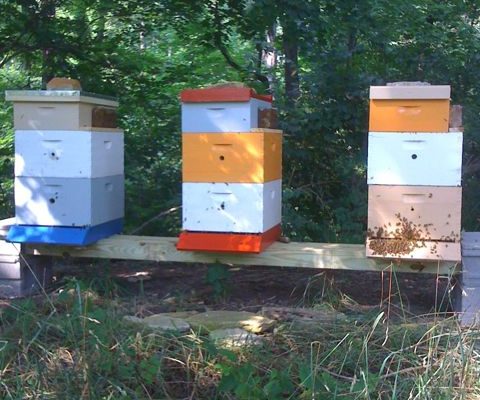 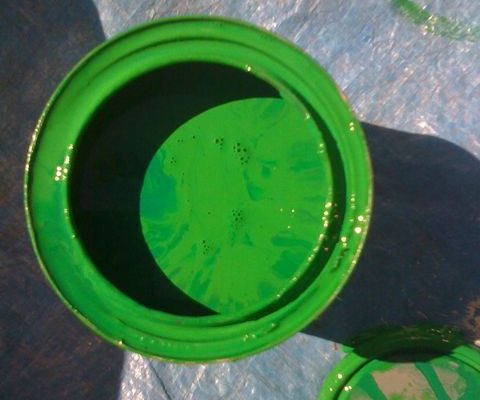 There’s only one small problem here—I hate those colors. So I repainted with the colors I like. And now here is our newest 8-frame, medium-depth hive.