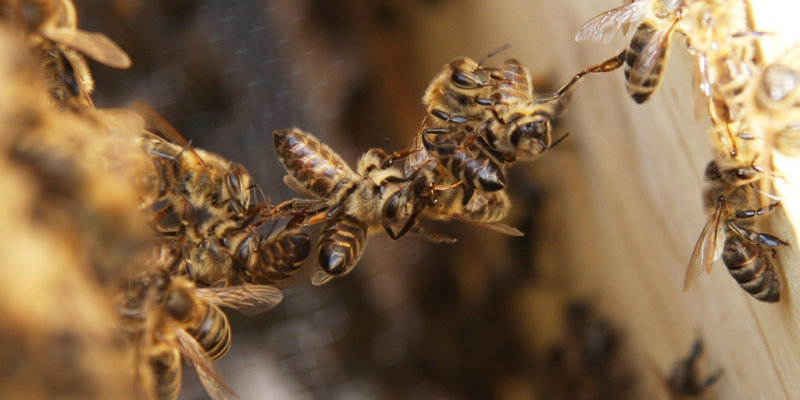 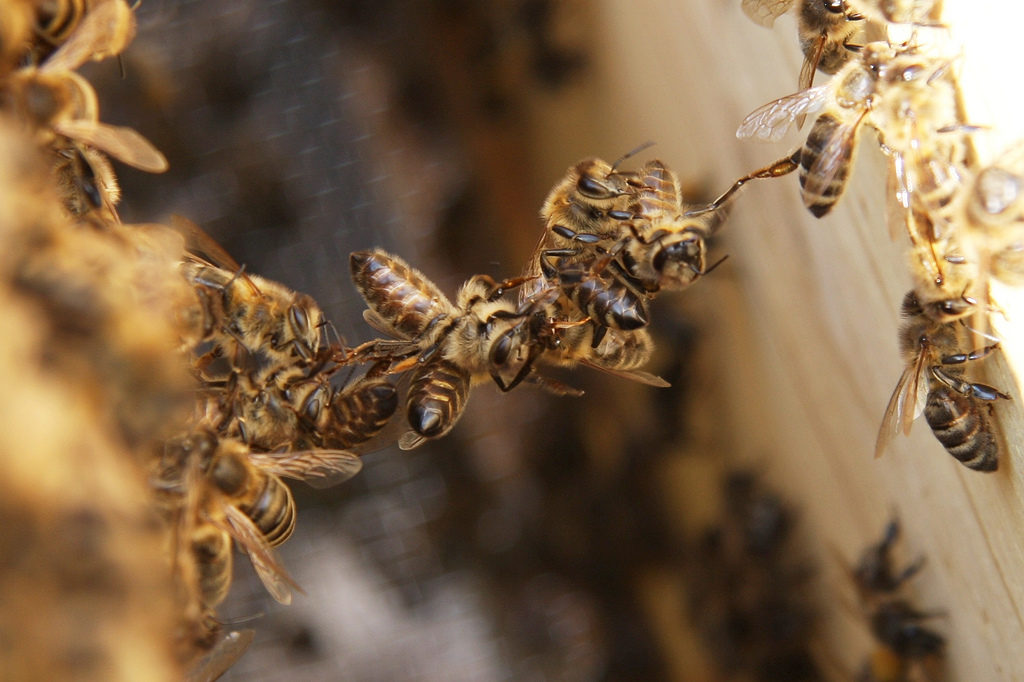 Perhaps the quality I admire most in honeybee colonies is resiliency. I can’t tell you how often I make mistakes that set the colonies back: I mishandle individual honeycombs; I squish bees; I’ve accidentally dropped an entire eight-frame super filled with brood and honey and pollen…eight frames rich with bee economy and life was strewn on the ground around the hive while the air filled with displaced bees. I’ve mutilated queens that eventually died. I’ve been neglectful when the colony needed nectar or sugar water. I am sometimes a klutz, and the hive pays the price for my mistakes.

But here’s the miracle in it: the bees don’t fret. They don’t hold resentments. They don’t attack me in anger or act out in retribution. Actually, it seems to me that when I make my bad moves, the bees don’t even acknowledge my presence. I am invisible to them. Why? Probably because they sense that I don’t have a single thing to offer them when it comes to their recovery. They know I am powerless when it comes to helping them repair my ignorant or careless mistakes and that the rebuilding must come from their own efforts. They organize and set about IMMEDIATELY repairing. They waste zero time in looking back with regret; instead, they festoon—they link themselves together, Reader, and they channel their combined energies into what needs to be done to set things right again.

So, on this day following the 2016 US Presidential election, the results of which did not swing my way, I plan to link up and start the rebuilding, too. 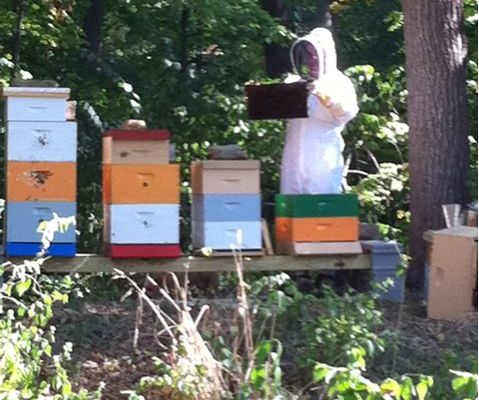 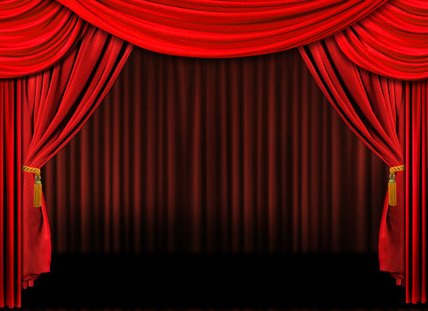 Aren’t you getting tired of this? I am. Let’s just cut to the chase. We got the bees home, and the next morning they were crazy busy…and busy loooong before my other bees. The air and the garden and the woods were full of them checking out their new surroundings.

When I went to feed them, they were already festooning like a new swarm. It was delightful to see.

Then we went on vacation.

When we came back, they were less vigorous, though they’d eaten all the sugar water I’d left them.

I fed them again, and though their activity has slowed, there are still new bees orienting out there this afternoon.

I’ll bet they die. Everyone tells me that this rescue was too late in the season for them to have much chance of survival. Which is a major bummer. But we’ll see. I’ll keep you updated.