When we installed our two new colonies on Sunday, I watched several Amazon girls hauling grass and twigs and dead leaf material from their hive. Uh oh, I thought.

Today I dug into their hive to check their spring progress, and I discovered a dead mouse between the top and bottom boxes. I scraped his sorry ass off with my hive tool and flung him out into the woods.

Then I saw that he’d eaten away a huge hunk of beeswax foundation from two frames and had built his nest in there. There was more nest material on the bottom board.

I cleaned it all up, all the while apologizing to the Amazons for not installing a mouse guard at their entrance. Of course, those girls had already made mincemeat out of Mr Mouse; but I hate that they’d spent one ounce of energy or precious springtime worrying about him rather than on pollen collection and comb drawing and brood rearing. 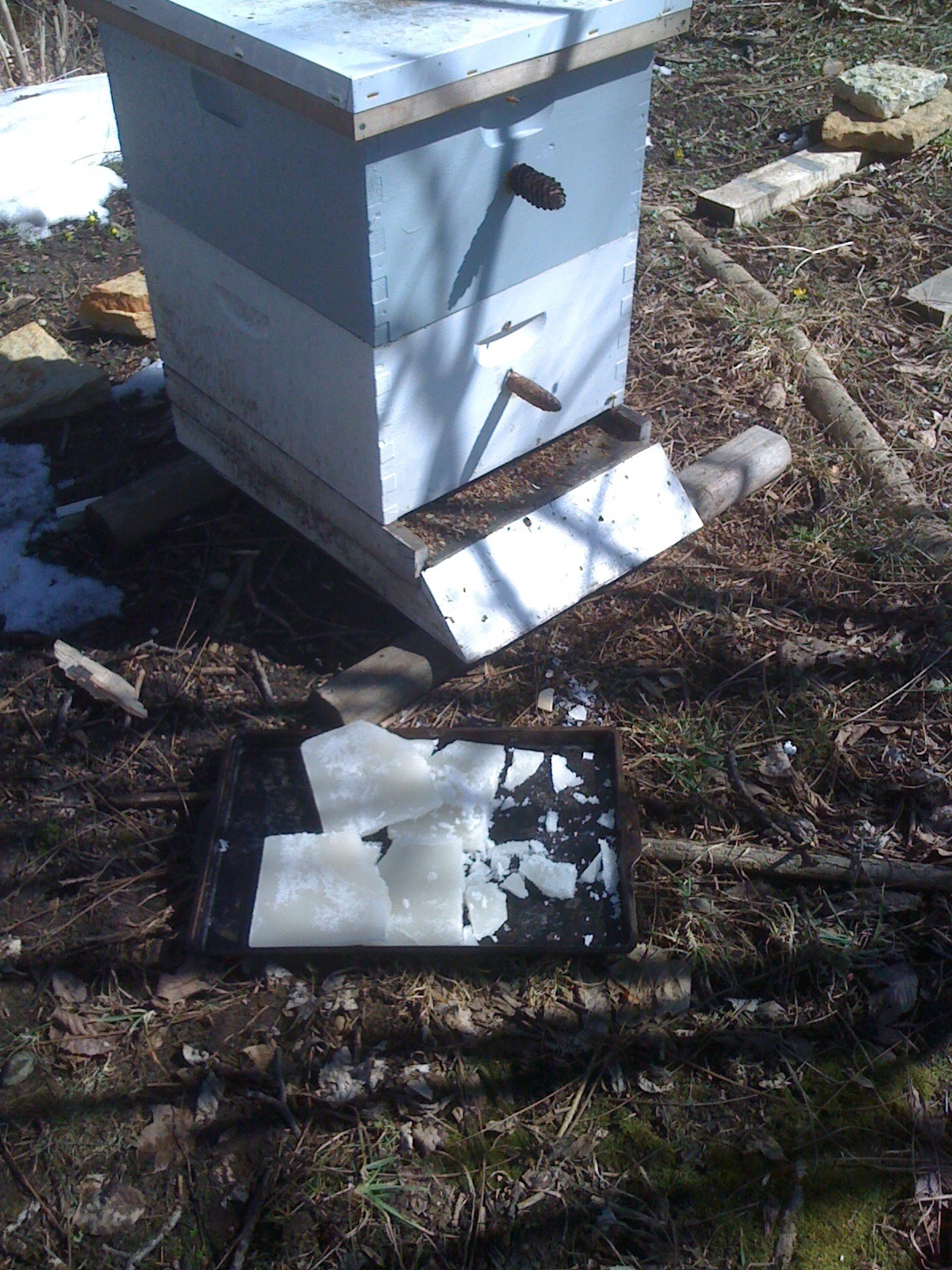