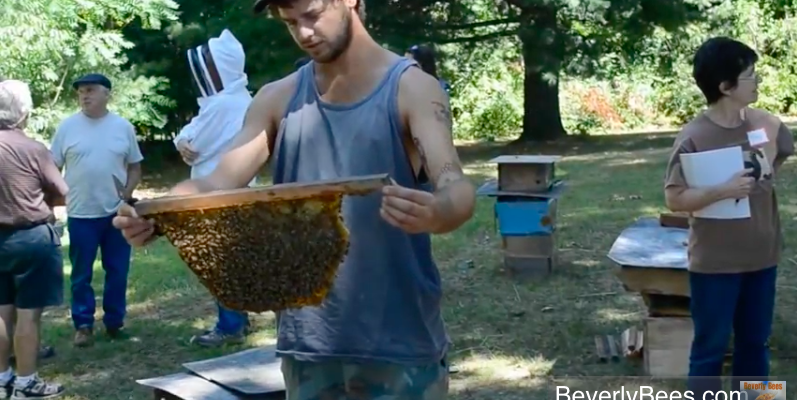 Friends, if you ordered a new queen from me in 2016, Sam Comfort from Anarchy Apiaries is the guy who raised her.  I couldn’t be more pleased his queens. And with Sam…who is a delight.

If you don’t raise your own queens from local surviving stock, and if your bees overwinter some long, cold months, I suggest you get your queens from Sam. Or, if you’re near Cincinnati, contact me. :) I probably have a few of Sam’s queens on hand for you.

But it’s not hard to rear your own queens. You might screw it up initially, but think of what all you’ll learn. And it’s not the end of the world if you don’t immediately succeed…then again, you just might. What fun that would be, yes? And eventually, you will. :) 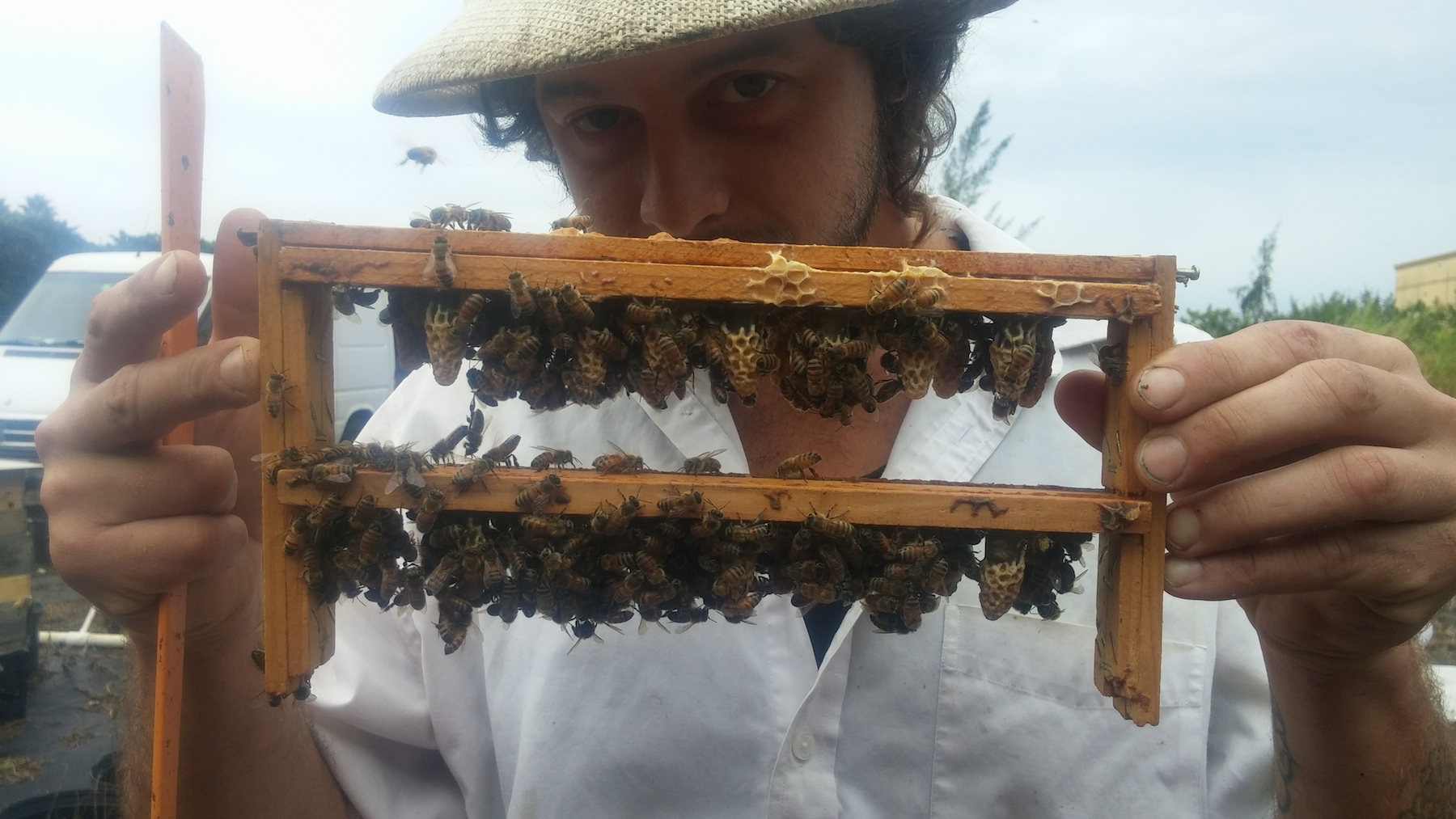 The temperatures these past couple of weeks have given those of us in Ohio an opportunity to check on the bees and to feed sugar candy or honey to those colonies running low on stores. I’ve made a wonderful discovery, Reader: By my calculations (which might be off by a smidgen because my record keeping isn’t perfect), every single hive in which I introduced a queen from Anarchy Apiaries is still living. What a joy to open a hive in which a colony is quietly working toward spring.

Colonies with genetics from my own queens…queens that I started from local surviving stock…are still flying as well. Though I’m not ready to produce quantities of queens, Sam Comfort is. So, if your hive died this winter, I suggest you consider replacing your queens mid summer with those from Anarchy Apiaries.

Rearing queen bees requires balance. No, not the kind of balance it takes to walk a wire, but a kind of balance in the bees’ psyche. Yes, bees have psyches. Ask any good beekeeper…we can read the bees’ mood as soon as we open the hive box.

When rearing queens, our first step is to make the bees absolutely desperate for a new queen. Desperate. And yet, in order to rear high-quality, strong queens, our bees must also maintain a high level of enthusiasm. And that’s a tough balance to keep.

Hope is the key here. Only hope can bridge the crevice between desperation and enthusiasm.  Seriously…this stuff is too wonderful for words.

He marked the page with a match

He marked the page with a match
and fell asleep in mid-kiss,
while I, a queen bee
in a disturbed hive, stay up and buzz:
half a kingdom for a honey drop,
half a lifetime for a tender word!
His face, half turned.
Half past midnight. Half past one.

Here’s the good news as promised, Reader. The bad news, as you’ll recall, is that the bees from the tree have now been combined with the Girls of Summer, and the small swarm I collected last week absconded.

But on Sunday’s inspection of the remaining four hives, I found two absolutely gorgeous queens at work. The queen in Tomboys was moving around on comb the bees had drawn on their foundationless frames. It was beautiful to see. And the queen in Girls of Summer is HUGE. I was spellbound watching her (also moving about on comb drawn on foundationless frames). I don’t know why it’s so uplifting to spot the queen and then to see how healthy she looks and how calm she is and how wonderful the hive is doing. But, I was uplifted.

Another thing that really surprised me was the health of the split hive. In July I took a frame containing one or two queen cells from Tomboys; from other hives I added two frames of brood and a frame full of honey, and I started a new hive. And though they haven’t drawn new comb since then, they’ve certainly filled the frames with which they began, and those frames were covered with bees. The colony seemed calm and relaxed and healthy.

I’ve decided to move the split hive into a 5-frame nuc for the winter, though. There’s too much empty space around the filled frames (they’re currently living on 4 deep frames hung in a stack of 2 medium boxes), and that’ll be hard to heat in the winter.

One thing I’m learning about beekeeping…timing is everything. Seriously…that “To everything there is a season” thing from the Bible makes more and more sense as I get older.